On April 27 and 28, 2013, a Celebration was held at the Nathanael Greene Museum (now Greeneville - Greene County History Museum) honoring Greene County on its 230th anniversary. Speakers for the event included: Tim Massey, Master of Ceremonies, George Blanks, and Stevie Hughes, all of the Heritage Trust. Greene County was officially established (as what was then a North Carolina county) in 1783. During the 230th Celebration, George Blanks, then-President of the Heritage Trust, announced that 2013 was “The Year of Nathanael Greene,” and introduced Dan McMichael, who portrayed American Revolutionary Gen. Greene at the Ceremony. The creation of Greene County by splitting off part of Washington County was dramatized by Massey and other re-enactors. McMichael returned to the Heritage Trust Annual Christmas Dinner in December, and, following that event, the Tennessee Society Sons of the Revolution (TNSSOR) started a campaign to raise $120,000 to fund a statue of Gen. Greene at Valley Forge, Pa., where Gen. George Washington and his army spent a harrowing winter during the Revolutionary War. The TNSSOR gave $10,000 to that project. Thus, the Heritage Trust was indirectly involved in creating and placing a statue to Gen. Nathanael Greene at Valley Forge.

The 225th Anniversary of Greene County, which was established April 26, 1783, was celebrated in an April 2008 ceremony at Old Harmony Graveyard, Greeneville’s oldest cemetery. The event was coordinated by the Greene County Heritage Trust and the Overmountain Victory Trail Association (OVTA).

Left to right, top: Members of the Overmountain Victory Trail Association mustered at the cabin on North College Street that is a replica of the mid-1780s Capitol of the Lost State of Franklin, in Greeneville’s Bicentennial Park; and then-U.S. Rep. David Davis, of Johnson City, spoke about his love of the history of this region, and read a Proclamation about the anniversary which he had read into the Congressional Record. 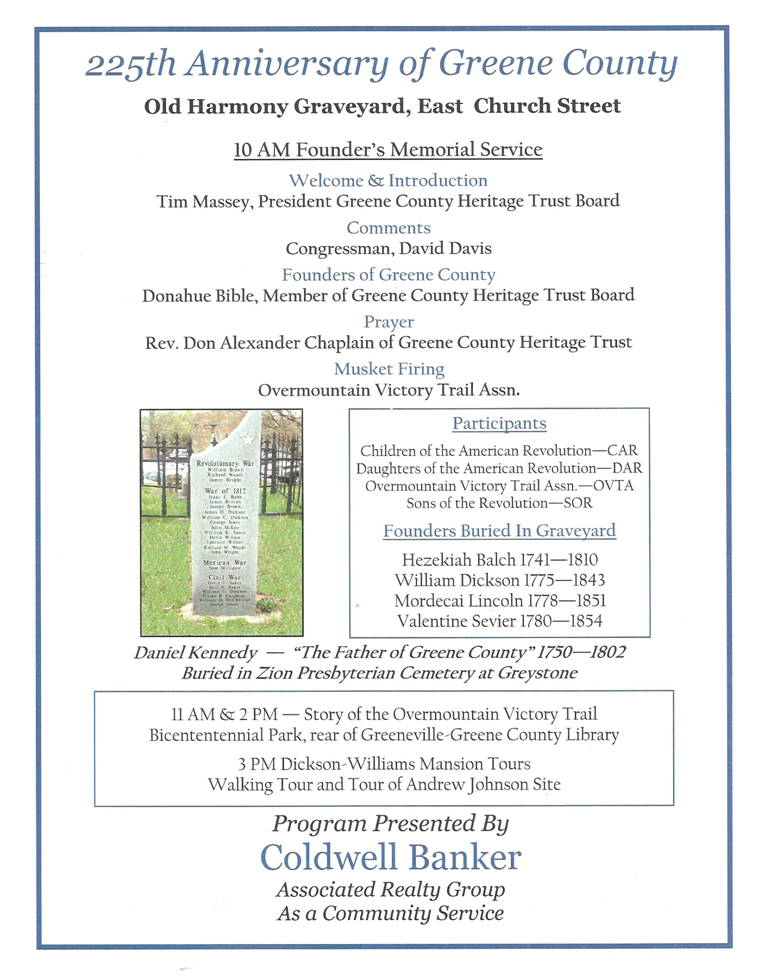 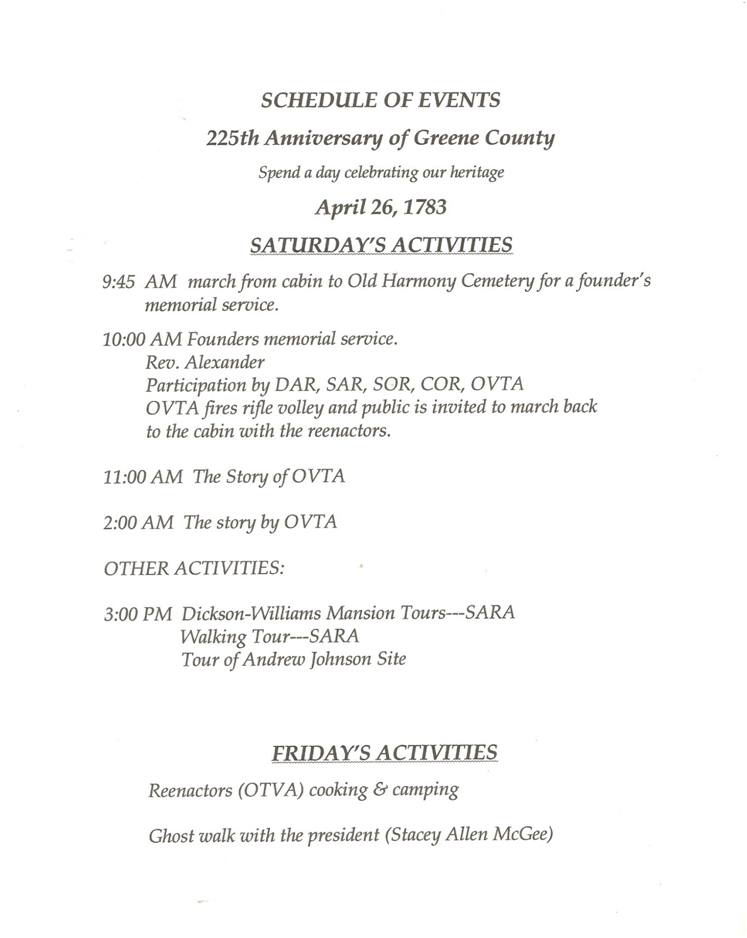